Try out this magical, Ninja-inspired playbook dedicated to creating opportunities for yourself and others through trick attacks, invoking a myriad of magical tricks, and being an all around opportunist ready to make your strikes count!

Designed for and compatible with the Slayers RPG system by Spencer Campbell.

Graphic design and editing support given by Moss Bosch.

Playtest feedback given by Chrome Román.

Image Description: A blue-grey textured background with a thin black border sits behind a central image of a kneeling, hooded rouge wielding two knives. A circle of images frame the figure from top left corner to top right corner.

In order, the images are as follows: a cloud shooting out two lightning bolts, a small crack in the earth, a snowflake, a spiral of wind, a cluster of bubbles, a firework display, and a line art image of a potion bottle.

Across the top of the image above the hooded figure is black text which reads "The Vagabond".

bubble by Ilsur Aptukov from the Noun Project

Lightning by arif fajar yulianto from the Noun Project

Potion Bottle by Soodam Elesti Lee from the Noun Project

Wind by yejinland from the Noun Project

crack by Sean Maldjian from the Noun Project

Snow by P Thanga Vignesh from the Noun Project

Coins by Muhamad Ulum from the Noun Project

explosion by Muhamad Ulum from the Noun Project

In order to download this Slayers Class you must purchase it at or above the minimum price of $6 USD. You will get access to the following files:

Hello. Isso there a playbook final fantasy Bundle? With a special price? :) I'd like to buy all but the 70 total price is a little over my budget.

Reply
Voice of the Phoenix1 year ago

Howdy! While there is no official bundle available as of yet, I will likely in the near future be offering sets of playbooks in bundle packages based off of their current role arrangements on my itch page and after further playtesting.

Those bundles will offer a set of playbooks (3-4) at a reduced price for what you would pay for all of them total and will probably be out sometime by the end of the month. 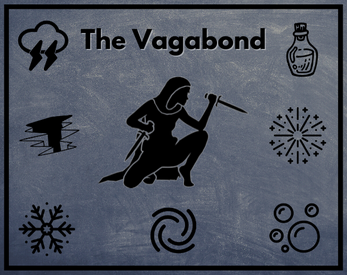